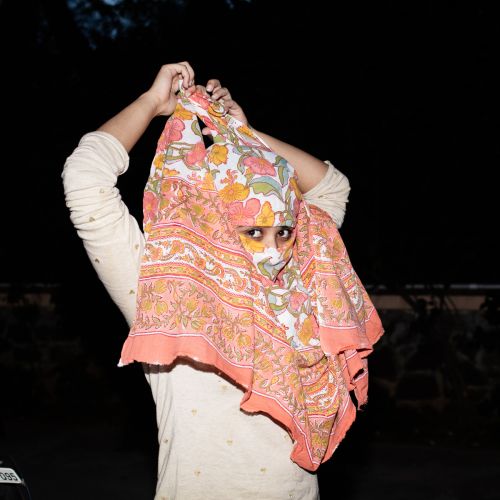 Yana Wernicke’s photos show girls and young women from the west Indian city of Pune. The images were made in 2015. The confusing moment: the way in which the scarf is knotted and the veiling of almost the entire face is reminiscent of Niqabs, but this religious context and also the way in which the cloth is knotted contradicts the other clothing style of the wearers. Wernicke’s portraits and snapshots document a new trend in the indian city where self-protection came before the extreme air pollution. Meanwhile the Skaarph has still the same function but for other motives: with the veiling of the face they protect themselves from unwanted looks and harassment. As a result, the girls describe a feeling of regained freedom. Although according to the constitution women in India are equal to men, they are (still) not yet. Paradoxically the most controversial piece of clothing allows this possibility of desirable self-determination.