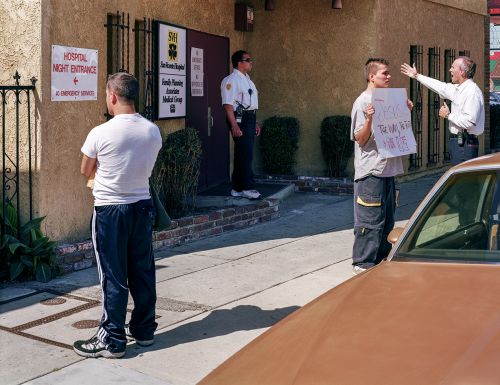 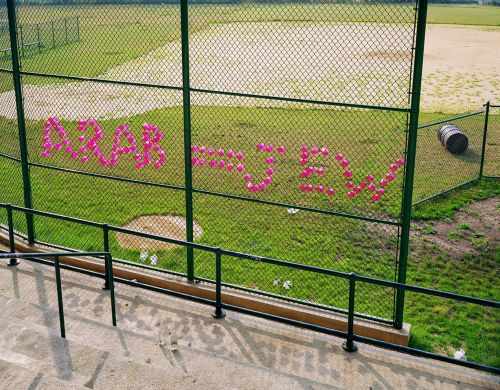 Tim Davis began (*1969)“My Life in Politics” during the post-9/11 tumult, in which all sides in a suddenly politicized environment were impossibly entrenched. So he turned to his earliest social mentor, photographing his grandmother’s collection of activist buttons that sits over a fresco made by his grandfather. From there he pursued any leads that came naturally to him, attending meetings and rallies, and trying to stay attuned to the subtler ways that political imagery leaks into our lives. He allowed himself to photograph only subjects he could approach without special permission, visiting government buildings and self-defined political institutions, and above all, driving through America in search of the signs and residue of political behavior. Photographed with a large-format view camera, during several trips that crisscrossed the United States, “My Life in Politics” is an attempt to ask, “what does my political life look like,” while searching for nodes and koans of visual meaning that are deeper than any party lines.