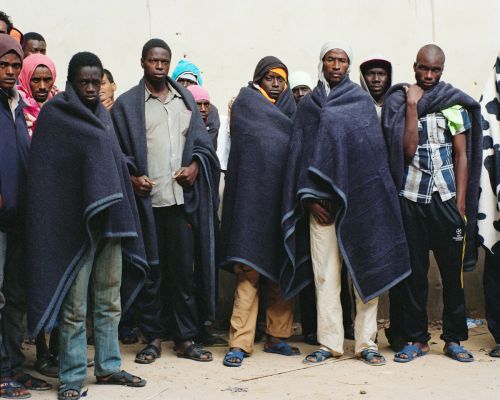 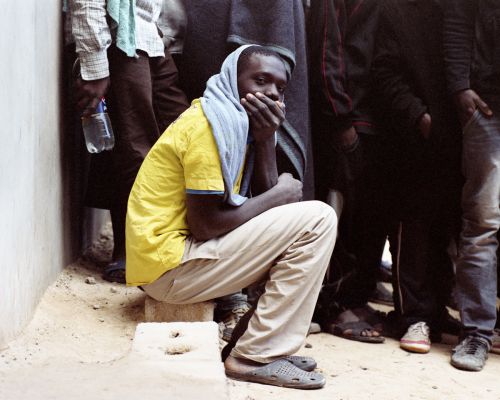 Samuel Gratacap’s long-term project is divided into three parts and investigates over a time span of seven years the living conditions of refugees all over the world. The French photographer begins his observations in 2007 in an administrative detention center for non-registered refugees in Marseille. In 2010 he travels to Lampedusa and meets people whose escape has stagnated there. The images of these years have the title La Chance. A grotesque description for a series of portraits and close-ups of left behind finds, which couldn’t better depict the original hope and the often later feeling of being not welcome. In 2012-2014 Gratacap visited the refugee camp Choucha in Tunisia for Empire several times. This was the place of refuge for thousands in the past decades. Meanwhile it has been given up but still functions as a home for numerous refugees. Here he contrasts the provisional refugee tents in black and white with portraits and snapshots of the residents in colour. For Fifty-Fifty he takes a step back in the causal chain and shows the war events in Libya as one origin of the refugee misery. Libya as the most important transit country and its role in the European migration and asylum politics, are other aspects that Gratacap illustrates. In his opinion, the chances of survival for fleeing across the Mediterranean, are 50:50.