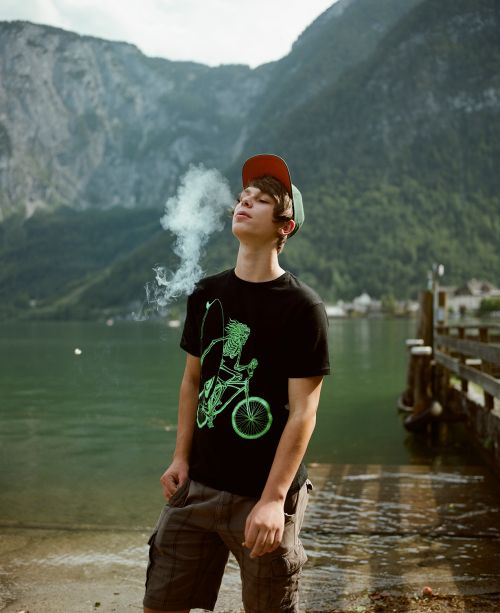 The essential basis of Syndicate18 is a re-examination and evaluation of the archive of Paul Kranzler (*1979). The title is derived from the name of the rapper ICE-T and is also the average age of the persons portrayed and the period of the photographs. For the first time, he combines images he created from the mid-1990s to 2013. In the early photographs, Kranzler himself still appears in the form of portraits, as do his friends – direct and without artistic polish. Thus we see an aspect of age equality between the photographer and the subject that leaves us with a feeling of the openness and possibility inherent in the images. He later continued work on his series on youth and youth culture, over the course of which he traveled several times to the United States and remained connected with the people photographed.