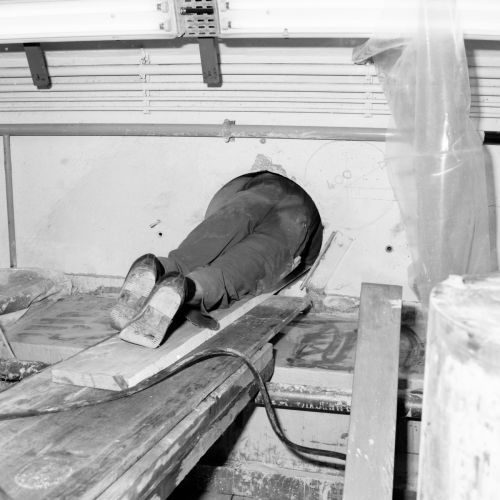 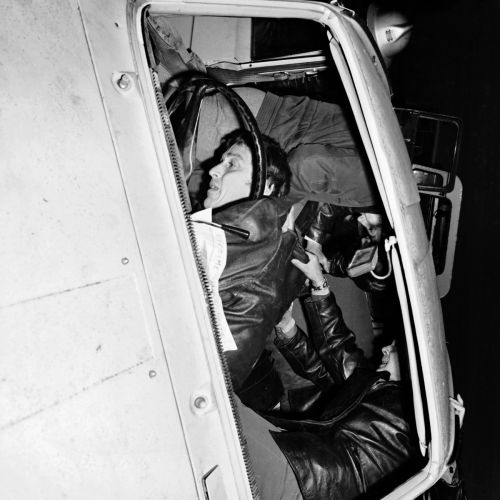 In 1954 the European Organization for Nuclear Research, CERN, was founded near Meyrin. In 2014 the organisation opened a collection of over 120,000 photos - an extensive but completely
neglected archive with photographic proof of experiments and achievements of the institute and its scientists from 1960-1985. To reconstruct what was shown the public was included.
Wolfgang Ernst Pauli, founder and Nobel Prize winner, worked as a scientist for four years until his passing at the research institute. The use of photography as a means of documentation therefore began after his death. Pauli was famous for three things: his scientific achievements, especially in the field of Quantum Mechanics (Pauli Principle), his perfectionism and the so-called Pauli-Effect according to which Pauli’s presence was responsible for the total defect of technical instruments as well as the failure of experiments. A phenomena that not only Pauli himself but the majority of his colleagues believed and which even led to him being banned for a time from labs and experiments. Carl Gustav Jung’s concept of synchronicity finally gave an explanation but didn’t change the events.
David Fathi’s work Wolfgang (2015-2016) plays with the anecdotes which have been handed down on the myth of the Pauli Effect. Occurring in a scientific, factual setting the images chosen by Fathi whether manipulated or not, make one doubt one’s own imagination. They show the human need for an incontestable explanation for everything and at the same time some things simply cannot be explained - also in the field of science.