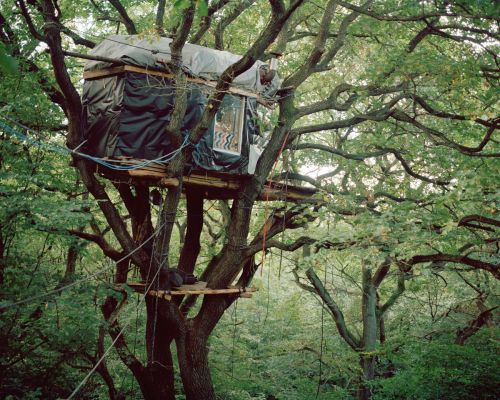 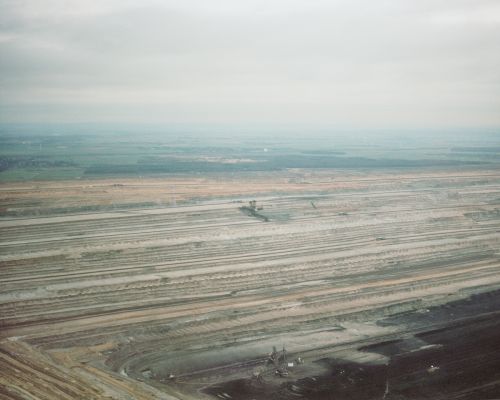 With Niemandsland Daniel Chatard turns his attention to the brown coal mining region in North Rhine-Westphalia and dedicates himself, with the documentation of the clearing of Hambach Forest, to a theme that had already begun in the 1970s but which reached its zenith in the past years. Already seven years ago, the first activists captured a part of the forest, which is meanwhile reduced to a few hectares, and demonstrated against the never-ending expansion of the Hambach brown coal mining of the energy provider RWE.
The resistance movement has not stopped since. In 2018 it was registered as a ‘dangerous place’ in order to allow the unlimited identity checks. It is a dramatic, endless war between the economic and political interests against the environmentalists and residents.
Chatard joined the events in April 2017 and not only adapted to the dangerous living conditions of the activists but became a part of them and won their trust. The portraits in the series give us an idea of the closeness and empathy and at the same time have a dream-like optimism. Looking into the future, closed eyes express a steadfast hope. Chatard contrasts these examples of hope against the reality: police marches, moon landscapes, the drastic demolition of architecture and nature. In the role of an observer he visualises the efforts of a relatively small movement at first, whose activism in the last years such as the ‘Ende Gelände’ achieved dimensions that can no longer be overseen by politics.