Olof Olsson: Driving The Blues Away

Olof Olsson will take us on a rollercoaster of comic infotainment. *Driving the Blues Away* is an elaborate and expansive journey from silly lows to poetic highs, that connects Toblerone to Steve Jobs, cocaine, Charlie Chaplin, Adam & Eve, Kant, and sanitary porcelain. 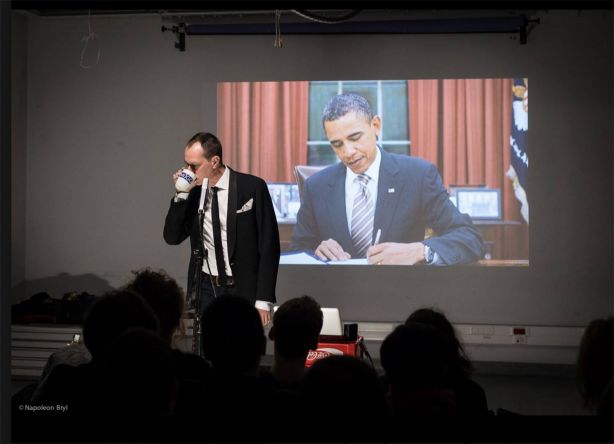 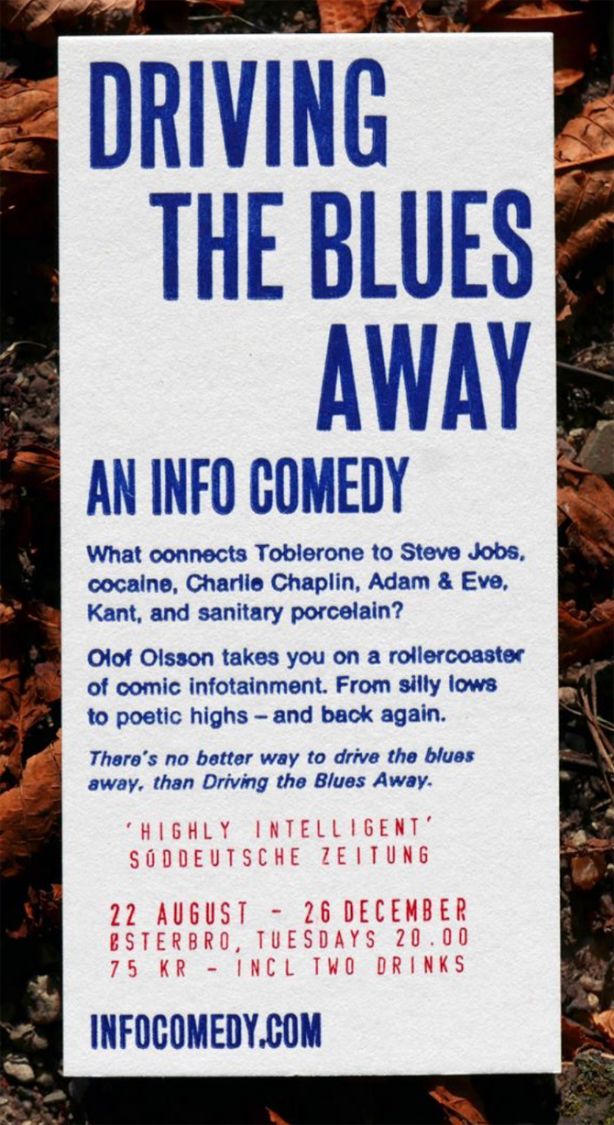 The Danish-Dutch-Swedish Olof Olsson performs info comedies. An Olsson info comedy is 40% information, 30% comedy, 20% autobiography, and 10% melodrama. It’s all steeped in Olof’s twisted love of language: “Our language and the world are not hooked up one-to-one. It’s a mess, and that makes us nervous. But it’s a funny mess.”

Olof Olsson is a product of the charter tourism of the 1960s – his Dutch mother and Swedish father met in Mallorca. In his youth Olof made attempts in journalism, documentary photography, and as a radio disc jockey. After having studied languages, philosophy and translation theory, Olof studied visual art at the Royal Academy in Copenhagen. His first exhibitions were in the form of office environments, offering semi-fictious services. Since 2007 Olof mainly works with spoken performances, like lectures, speeches, monologues, comedy, talk-shows, and question-and-answer sessions – or something in-between or not quite.

Andrea Ellen Reed: When Living is a Protest